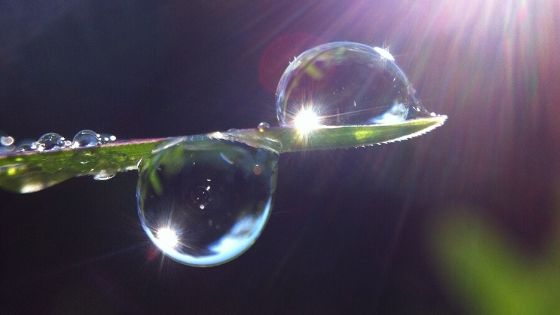 Have you ever spent time with someone who seemed to take any crisis in their stride, or someone you’d say ‘had good vibes’? Or perhaps you know someone who is the polar opposite, someone so reactionary to events their only response seems to be anger? No matter how we behave on a day-to-day basis, our general level of ‘consciousness’ is fairly constant – a little like whether we are an optimist or a pessimist, an extrovert or an introvert.

We can choose the life we wish to live by altering our actions and reactions to the world around us, and thusly, alter our level of consciousness.

These levels of consciousness are discussed at length in the book Power vs. Force: The Anatomy of Consciousness (Veritas Publishing, 1995) by Dr David R. Hawkins, M.D., Ph.D.

UNDERSTANDING THE LEVELS OF CONSCIOUSNESS

Based on 20 years of research, Hawkins has developed an intriguing Map of Consciousness* that, in essence, charts one’s spiritual growth. This ‘map’ (also called the Scale of Consciousness) uses a muscle-testing technique called Applied Kinesiology (AK) to document the nonlinear, spiritual realm. The research Hawkins conducted was scientifically-validated and published in his doctorate dissertation titled Qualitative and Quantitative Analysis and Calibrations of the Level of Human Consciousness.

To quote Hawkins, “each level of consciousness (LOC) coincides with determinable human behaviors and perceptions about life and God … The map outlines a listing of attitudes and emotions with corresponding calibrated numerical values. Feelings such as blame, anxiety, and hate fall into negative energy attractor fields; affirmation, trust, and optimism are examples of positive attractors that are life enhancing and ultimately lead to pure consciousness.” The numbers on the scale represent logarithmic calibrations (measurable vibratory frequencies on a scale that increases to the tenth power) of the levels of human consciousness and its corresponding level of reality. The numbers themselves are arbitrary; the significance lies in the relationship of one number (or level) to another (e.g., Dr Hawkins’ scale is from 1 to 1000).

Dr Hawkins’ bibliography states that his “boyhood spiritual experience of the “Infinite Presence” [has] directed his life’s work as a healing psychiatrist—healing that transcends his patients’ physical world. Dr Hawkins’ basic thesis focuses on the “Ultimate Presence” – the source from which individuals can reach their highest potential. He uses theoretical concepts from particle physics, nonlinear dynamics, and chaos theory to support his study of human behavior.”

The author analyzes the essential nature of human thought and consciousness itself. He allows us to penetrate the last barrier to the advancement of civilization and science, resolving the most crucial of all human dilemmas: how to instantly determine the truth or falsehood of any statement or supposed fact.

The following information relates to Dr. Hawkins’ calibrations of 1000 and beyond.

This is the maximum energy level that can be tolerated by the human body and nervous system. It is the extremely rare level of avatars from ages past. No human has ever existed with a consciousness calibration higher than 1000. The archetypes Christ, Buddha, and Krishna are at this level. This state is also the existence of Buddhahood, Brahman, Christ Consciousness, and Krishna.

[1000+]  50,000 The Archangel Vibration – Beyond the human realm of consciousness possibility

The ‘I’ of Ultimate Reality, At-Oneness with the Source Manifest and Unmanifest. The Source of reality manifest as divinity. The supreme creation and Source of consciousness eternal. The Source of all that is.

WHY DO THE LEVELS OF CONSCIOUSNESS MATTER

Like any form of information, it is only helpful if we a) understand it, and b) have a use for it. So, why are the LOCs helpful to our daily life? An understanding of each general ‘level’ or frequency of consciousness can help you determine how you choose to interact with it. Be it a person, a book, a philosophy or an idea, if you can discover the level at which it is resonating, you can make an informed decision about whether you want to accept it into your life.

HOW DO THE LEVELS OF CONSCIOUSNESS RELATE TO MY EVERYDAY LIFE?

Let’s use this example to explain:

A friend of yours has recommended a course that sounds interesting. It’s quite expensive and you’re not really sure if it’s the right thing for you to put your efforts into at the moment. Using kinesiological calibrating techniques/muscle testing (which anyone can learn to do), you can establish where it falls in the levels of consciousness.

Anything registering below 200 represents negativity, falseness or deception. As we move above this calibration we rise through more trustworthy and positive states and ascend from feelings of force to those of power.

Once you have calibrated the course in question, you can then decide if it would be a worthy use of your time and attention.

In effect, an understanding of the Levels of Consciousness and the use of this type of calibration can make decision making far less daunting. Adding an extra [energetic] layer of information to what you already know and feel to be true can provide a world of reassurance when you have a tough choice in front of you.

I urge you to see what else you can find out about this fascinating realm and how you can use these tools to help inspire a life you can genuinely say that you love.

* I originally included a [correctly cited and linked] image of Hawkins’ Map of Consciousness with this post to help explain his concept, however received a letter from a law firm acting on behalf of the Hawkins’ empire of my copyright infringement [!] Therefore, if you would like to know more or see the chart for yourself, please type ‘Map of Consciousness Dr. David R Hawkins’ into the search tool of your choice.

No comments to show.